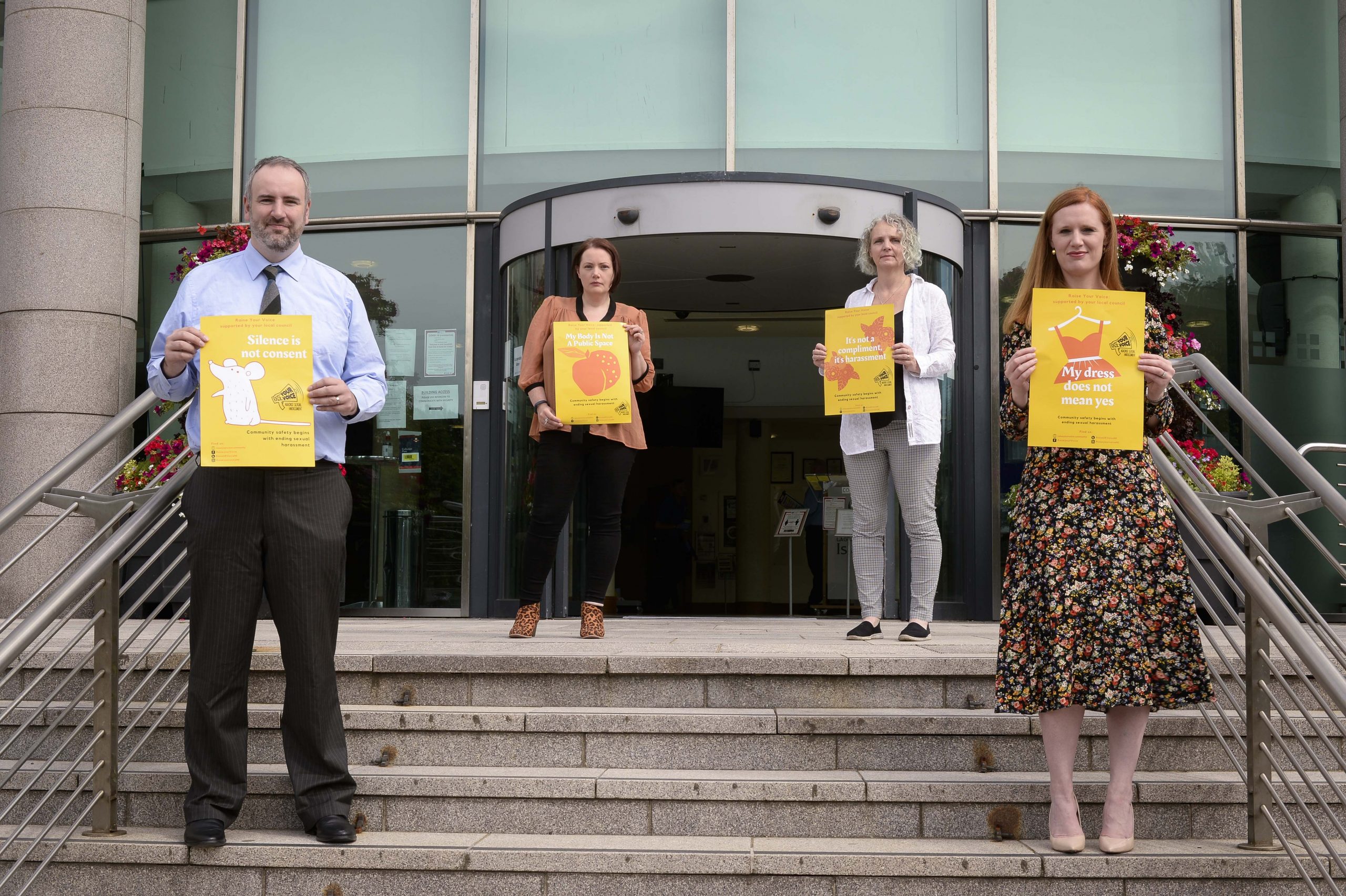 Three major councils are backing a campaign to end sexual harassment against women in Northern Ireland.

Belfast, City Council, Lisburn & Castlereagh City Council and Ards and North Down Borough Council voted on a motion by the Raise Your Voice Project to consider misogyny as a hate crime.

A public awareness poster campaign in these council facilities will kick off this month highlighting the issues of sexual harassment and sexual violence.

In addition, the councils will push for legislative change by writing to Judge Desmond Marrinan to request he classifies misogyny as a hate crime as part of his ongoing independent review of hate crime laws in Northern Ireland.

Karen Sweeney from the Women’s Support Network and Raise Your Voice said: “We would like to pay tribute to Belfast, Lisburn and Castlereagh and Ards and North Down councils for recognising misogyny as an issue that affects the lives of women, girls and non-binary people across Northern Ireland. They are leading the way for safer communities. We will be urging other councils to support our campaign to make misogyny a hate crime.”

The full motion supported by each council for states: “This Council recognises the impact of misogyny and transmisogyny on those affected by it, as well as the role these attitudes play in a variety of crimes, including harassment, assault, sexual assault and hate crimes, and on the career choices and personal lives of women, girls and non-binary people.

“The Council supports the inclusion of misogyny as a standalone offence and as a category of hate crime, recognising crimes targeted at women including transwomen as hate crimes based on misogyny, and will write a letter to that effect to Judge Desmond Marrinan as part of his ongoing review of hate crime legislation in Northern Ireland.

“The Council supports also the Raise Your Voice Project, which tackles sexual harassment and sexual violence across Northern Ireland by placing posters in all Council properties to raise awareness of the project.”

Raise Your Voice is led by the Women’s Resource & Development Agency (WRDA) in partnership with Women’s Support Network (WSN), Northern Ireland Rural Women’s Network (NIRWN) and Reclaim the Agenda. It includes a broad and diverse steering group to ensure that the work is inclusive and far-reaching. It is funded by Rosa UK Fund for Women & Girls under their Justice & Equality Fund and Times Up UK.

The project plans to have its motion accepted by further councils in Northern Ireland. Those interested in promoting the campaign in their own area can email contact@raiseyourvoice.community

To find out more about Raise Your Voice’s work go to: www.raiseyourvoice.community